Trinseo’s latest strategic investment in China – an ABS production line at its Zhangjiagang site - is now online after several years in development. The official unveiling ceremony will be held tomorrow.  Local government officials, neighboring companies, major suppliers and Trinseo employees are invited to the event.

An Advanced ABS Material for the Asia Pacific Market

The newly built ABS production line will manufacture MAGNUM™ ABS resins, a mass ABS product that has been well received in the European and North American markets for decades.  MAGNUM™ ABS resins of the same quality will be manufactured at the Zhangjiagang site, supporting various industries in the region, namely, automotive, home appliances, electronics, sanitary, lighting and consumer goods.

From Conceptualization to Realization

In 2014, Trinseo predicted increased market demand in China, as well as in the Asia Pacific, for high-quality ABS and heat-resistant ABS resins. At that time, Trinseo manufactured its ABS in Europe and shipped product to China. In order to better meet the demands in China and the Asia Pacific, Trinseo decided to establish a brand new ABS manufacturing facility, one that was closer to our customers. Trinseo Zhangjiagang ABS site concept took shape and the Board of Directors approved the capital investment. After a series of project application and approval procedures, Trinseo officially announced the investment plan in 2015, followed by the design, procurement of the project and then construction. In September of 2017Trinseo successfully completed the first trial production of ABS products. Products were then audited to confirm compliance with government regulations, and was followed by the successful production of MAGNUM™ ABS. The success of this project is due to the dedication of Trinseo’s Zhangjiagang ABS production team.

The unveiling ceremony will be held at 10 a.m. tomorrow (November 21, 2017) at Trinseo’s Zhangjiagang site. While Trinseo employees are excited about the completion of the project, they are also delighted to witness this milestone with local government officials, neighboring companies and major suppliers whose support is greatly appreciated. 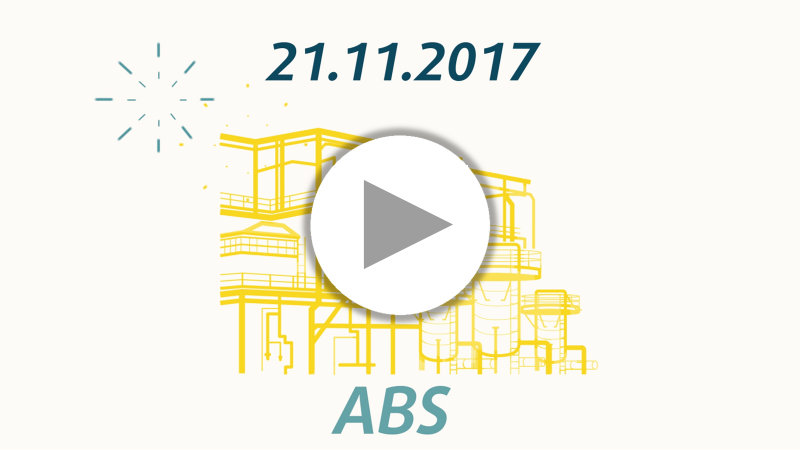