Trinseo Indonesia has provided a drilled well, reservoir and pipes to distribute clean water to more than 1,000 residents of Garem Talang, Cilegon, Banten. The project helps more than 400 families in Gerem Talang village, a sub-district where villagers mostly work as farmers, traders and factory workers. In addition to providing residents with clean water, the drilled well provides additional irrigation to local farms and plantations.

The location for the project was chosen because it was not far from the Trinseo’s Merak site. However, despite the convenient location, there were challenges to overcome. It was required that the depth of the water well be 43 meters below ground. Initially the team was able to dig to only 20 – 30 meters . However, because of the team’s perseverance, a third attempt at digging the well was successful, reaching the required depth.

An inauguration ceremony was held on August 21, 2021. Helldy Agustian, the Mayor of Cilegon, Tunas Mekar (the youth organization that assists Trinseo Indonesia in identifying community needs and conducting surveys) and Hanggara Sukandar, Site Leader of Trinseo Indonesia attended the event. 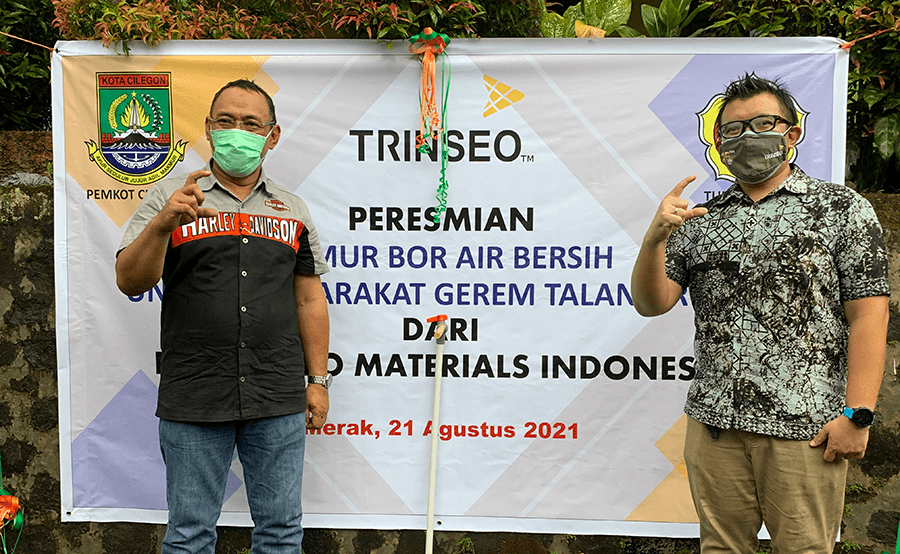 The project exemplifies Trinseo’s commitment to local communities as a Responsible Care® company.